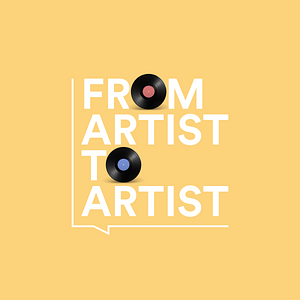 FROM ARTIST TO ARTIST

Stefany from Wolf & Moon
Since 07/2020 14 episodes
Daniel Benyamin has been a touring artist for around 3 decades (solo project, drummer in Toiling Midgets, member of the duo Sea & Air) and shares his experiences about releasing a record DIY versus releasing with a label, the manipulation of the media on the consumer, releasing an album during corona crises with a solitary release plan and funding a good cause with it, his thoughts on music managers and promoters. www.danielbenyamin.com Donate to "Stand by me Lesvos" https://standbymelesvos.gr
About the host: Stefany is a touring artist and songwriter at Universal Music publishing. She is part of the dream folk duo Wolf & Moon, builds her own creative playground as O-SHiN and is a writer for electronic artists and DJ's.
Spotify